Lily has been smashing all my preconceived notions about what her infancy would be like. I had assumed that she would be like the boys only you know as a girl. She is a bit of a diva and is doing things her way.

Car seats and drives were a great way to relax the boys. Lily will often scream for hours when forced to endure time in her car seat. This has gotten better of late but made for very miserable Thanksgiving and Christmas trips up to Grandma and Grandpa's house. I don't have the option of staying home or short trips because we live far from shopping so when we need supplies it is an ordeal.

Growth has been another eye opener. I had big babies that had slow but steady growth. All the boys would change cloths right around the month the clothing label said they were for. At four months Lily is in 6-9 month clothing. It is a good thing that I shopped ahead thanks to all the amazing stuff I have been finding at the thrift stores (it is becoming an addiction to me).

Sleep is the biggest difference of all. Very early on the boys were sleeping a good 12 hours at night. I would put them in bed around 7 and they would wake up around 7. Not Lily! She goes down around 7 but will wake up any time between 3am to about 5:30. After her feeding there is no way she is going back to bed until she has had some party time for a good few hours. She was also waking up in the middle of the night for feedings much later than the boys did.

She is proving that she does not want to be like her brothers and she wants to shake things up a bit. 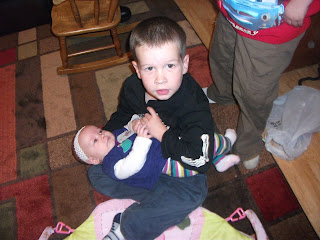 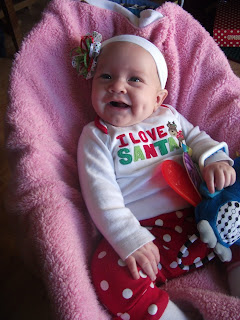 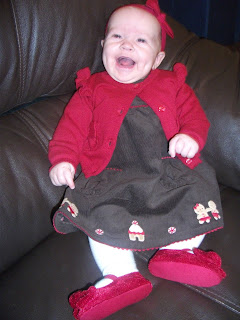 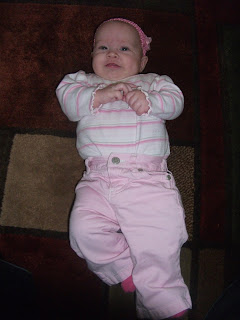