A change of topic: Scalloped Potatoes

These potatoes are heavenly. They are a lot of work but it is so very worth it, especially when you want to wow people. For this recipe I like using Yukon Gold potatoes, they have a nice buttery taste to them that works perfectly with the recipe. I can also leave the skins on the potato and the texture of the dish is not tampered with.
Posted by Awesome Mom at 8:13 AM 3 comments:

Not only is Evan going to be going to school this fall but Harry is as well. I had been planning on sending him to a preschool run by the parks and recreation department twice a week in the fall. Evan and Harry are so close in age that I knew Evan going off to school would make Harry very envious, plus I could use the break and go shopping for groceries with just one kid. Then when I was talking with the woman who is working on finalizing Evan's IEP she asked if I wanted Harry to be a peer model at the special education preschool at Evan's elementary school. Naturally I jumped at the chance. It was free and I would be able to drop them both off at the same time in the morning saving me extra trips. Plus Harry would be going in the morning where at the other preschool he would be going in the afternoon which is not his best time. Harry still needs a nap now and then or it is meltdown city.

I am getting more and more excited for fall to come. I am going to have 4 mornings a week with just the baby! Through my husband's work I can get a free gym membership and I plan on using some of those mornings to work out. I have been rather lazy for the last year or so when it comes to exercising so I am excited to get back in the groove.

Baby pics to apease the grandparents 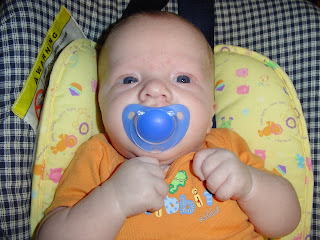 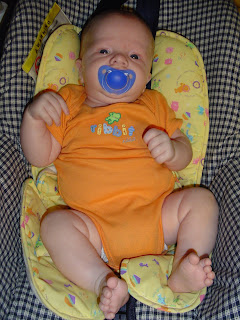 These mushrooms make an amazing appetizer or finger food for a party. I made them for my knitting group's Christmas party and they flew off the plate. The few I had left over after the party were amazing as leftovers, so if you are making these I highly recommend hiding a few in your fridge for later. I added a bit of onion powder and also followed the recommendation of some of the reviewers to cut back a bit on the sausage.
Posted by Awesome Mom at 8:07 PM 3 comments: 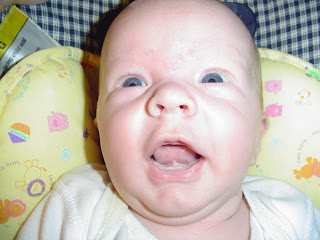 Smiling baby! He has been smiling for about a week or so but I could never get a picture in time before now. 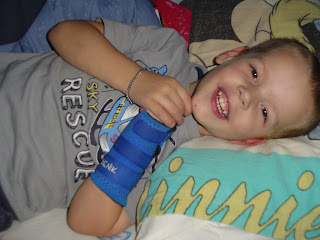 A silly little boy that saw me taking pictures of the baby smiling and wanted me to take a picture of him sleeping. Yeah he is sleeping all right lol 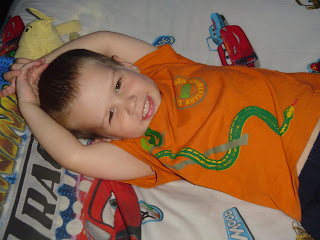 Another silly little boy that saw me taking pictures of his "sleeping" older brother and wanted me to take a picture of him sleeping. 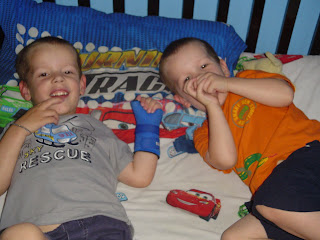 Two silly little boys in bed. We used to have the bunk beds bunked but unbunked them due to Harry's daredevil antics. He loved jumping on his high bed. He would also lean over to look out the window making me very worried that he would fall. 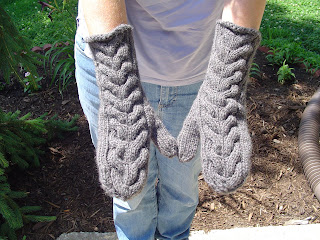 Mittens! This is my first pair of mittens. I started them awhile back and only now took pictures of them. I gave them to my mom since I owed her a pair of socks and knit one but forgot to take notes (since I was not using a pattern) and then forgot the tweaks I did, like how many stitches I cast on in the first place. So I bought her off with these so I don't have to try and go back and figure out what I did on the sock. Anyone know a one legged person with a size nine shoe that wants a hand knit sock? 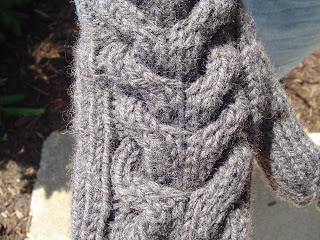 A close up. They are a nice thick wool so they should be cozy in the winter.
Posted by Awesome Mom at 7:22 AM 6 comments:

A change of topic: The Best Blueberry muffins

I have been meaning to share some of my favorite recipes in a more organized fashion for some time but the baby stuff had kind of taken over my brain and my blogging. Please forgive any errors as I am typing this with a grumbly baby in my arms.

Recipezarr has become my cookbook and while every recipe that I try there is not always a winner I have found a lot of winners. First up is The Best Blueberry Muffins. I made them for my ward's Easter brunch and they were a hit. I keep frozen blueberries on hand for use in oatmeal so when I made the muffins I used frozen and just baked them for the longer time.
Posted by Awesome Mom at 7:56 AM 5 comments:

Life has been busy. It really is amazing how much time I spend feeding Daniel. You forget how frequently infants eat until you have one again. Some days it feels like all I do is feed him.

My parents are in town for a visit (another reason for lack of blogging) and because of that we had Daniel's blessing (kind of like a christening in that he wears white but otherwise nothing like a christening) in an almost hap hazard manner. About a week before they came I realized that we should probably let the Bishop know that we would be having the blessing that Sunday and only a day before that I realized that maybe we should have him blessed in the first place. I guess it really is true that the third kid gets the short end of the stick a lot more often than the previous kids. At least he got a blessing outfit of his very own. My mom bought one for him since the one we used for Evan and Harry was too big.

If I am on the ball I may post pictures of the gardening that I intend to do tomorrow. Don't hold your breath though. 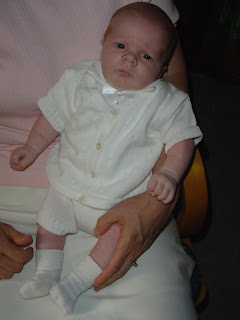 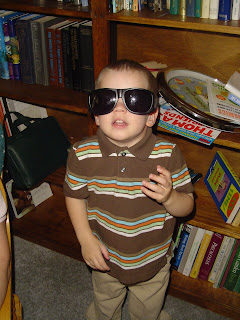 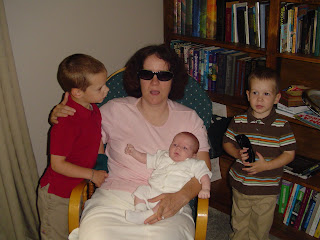 The boys and grandma
Posted by Awesome Mom at 12:32 AM 3 comments:

Evan and Harry are always asking to hold the baby and occasionally I let them, watching them like a hawk the whole time. Poor Baby Daniel will have to put up with it until he gets too big for them to hold or at the very least active enough to squirm out of their grasp. 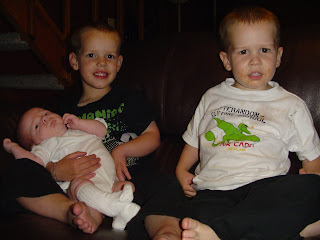 All mah boyz (messy faces and everything) 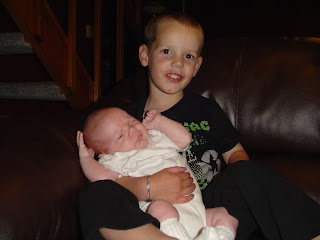 Evan is obviously the better holder of the two. 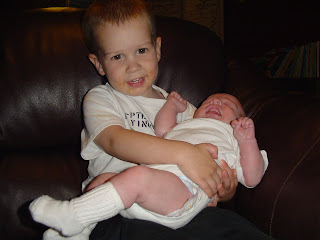 I promise Daniel is not crying, he is rather concerned though. 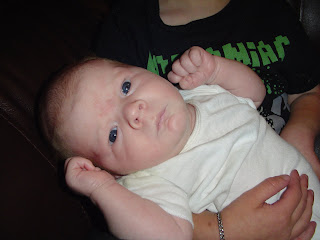