I haz new computer!!!  It is total hotness and I love it a lot.  My husband is jealous of it since he short changed himself with the laptop he bought not too long ago.  I love him but sometimes he scrimps and saves on the wrong things.  We like to play World of Warcraft together and his graphics card was a cheap one so he has to crank his settings down to the minimum.  It was like walking around with out my glasses when I was playing on his computer.  My new one on the other hand can handle the highest settings in the most graphics intensive scenarios and it laughs.  That was the one thing I was insistent on is that I got a good graphics card in my computer.

My husband ended up getting a kit (some of the parts were already installed in a case) and then adding the rest of the parts we needed in, so it is a partial home built computer.  It is nice being married to an IT guy that can hook a girl up with a nice computer when hers breaks.  My husband is planning on trying to fix up the dead computer, just imagine him fixing up a junker car and you get the idea.  I figure it takes up less space than a car and will hopefully be cheaper.
Posted by Awesome Mom at 12:51 AM 1 comment:

Last week was parent teacher conference week at school. I skipped Evan because we ended up having a big let's all get on the same page meeting with his team to get him more independent in school. I think they really got on board with the idea of trying to treat him like he is any other 2ond grader with still making allowances where needed.

Harry's meeting was great. He is very advanced in a lot of areas, his teacher was completely amazed at his grasp of the calender. I attribute that to me having to repeat things over and over again to Evan (he understands the calender but still likes to ask questions repeatedly to make sure answers do not change I guess). Socially I see a lot of me in him. He is friendly and helpful but does not seem to have any special friends in his class. There has been some trouble on the bus with two boys that like to tease him until he gets mad and yells or even tries to switch seats mid ride which freaks out the bus driver and gets Harry in trouble and not the kids doing the teasing. If this persists I may get my stink eye out and talk to the kids myself which will hopefully scare them straight. I would say talk to the parents but I happen to know that the parents in question barely speak English and my Spanish is horribly rusty.

My computer decided to die on me after an annoying operating system upgrade. My husband got a free copy of windows 7 through one of his classes and we had hoped that it would solve some ongoing issues that we had been having. Instead the mother board seems to have shorted out leaving me to have to share my husband's lap top which has made both of us grumpy. Everyone is always dumping tons of crap on my desk and my husband had the nerve to growl at me for leaving a drink at his desk. I got him back though by scoring an impossibly high score on a game he likes to play, so now every time he plays it on his computer he gets to see my name at the top of the list. He keeps asking me to look at the specs of the computers he is looking at and I keep asking him to find me a pink one with sparkles on the case.
Posted by Awesome Mom at 2:40 AM No comments:

It is hard to believe that Evan is 8 already. How did time fly by so fast? We had a small party with a few of his close friends (who all happen to be girls). I made him a clock cake because he had become pretty obsessed with clocks of late. 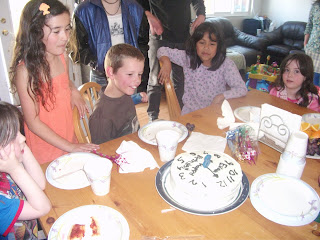 Here are some pictures of my cute kids. Daniel and Lily had some fun playing with the Legos that Evan and Harry left out. 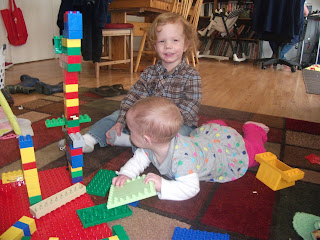 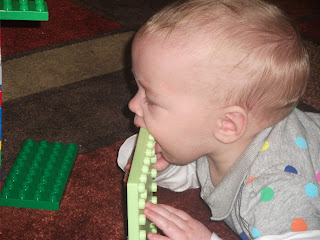 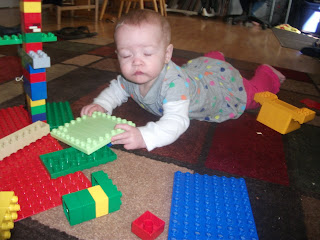 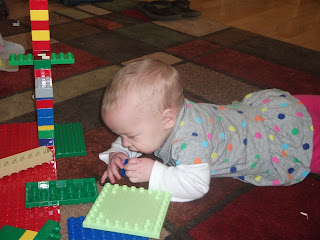